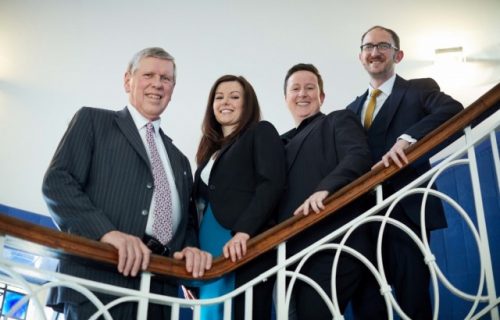 A solicitor who has clocked up more than 50 years at Bromleys has stepped down as head of the firm’s flagship team in line with its succession plan.

John Longworth, 70, who joined Bromleys in 1967, has handed over the reins of the 10-strong Court of Protection and Powers of Attorney team to David Hilton.

John continues to practise at Bromleys as a solicitor, acting for clients who lack the mental capacity to manage their own property and financial affairs.

He began his career with the firm – which was then known as Bromley Hyde & Robinson – as a clerk earning £6 a week.

The married father-of-three, who has four grandchildren, became a partner in 1977 and rose to become senior partner, a post he held for 15 years until 2013.

Outside of work, John is a non-executive director – and former chairman – of Vernon Building Society, and with his wife Diana is an active fundraiser for Community Action Nepal, a charity which helps the mountain people of Nepal.

In his younger days John was a keen climber and has reached the summits of mountains such as Kilimanjaro in Tanzania, Machu Picchu in Peru and others in the Himalayas and the Alps.

He said: “When I reached 65 I stepped down as senior partner but agreed to carry on as head of the Court of Protection and Powers of Attorney team until the time was right to hand over.

“We recruited David last year and saw him as the right person to be my successor.

“I’m continuing to work closely with him and the rest of the department as a solicitor, with an active caseload.

“I have always gained a lot of satisfaction from helping people who are in substantial need of support. In my own way I hope I have helped to enhance and improve their lives.

“I’d definitely recommend a legal career to young people – it’s rewarding and you can make a real positive difference.”

He said: “I have had the privilege to work alongside some of the biggest names in Court of Protection, and John is top of my list.

“I have a lot to live up to as the new head of department, but John has supported me over the last 12 months and the transition has been remarkably seamless.

“The department has tremendous strength in depth and rivals any other in the north west.

“We continue to expand and attract new sources of work while also cementing our partnerships with existing work referrers.

“The future is very bright and I am committed to building on John’s legacy.”