Bromleys experts take to the airwaves 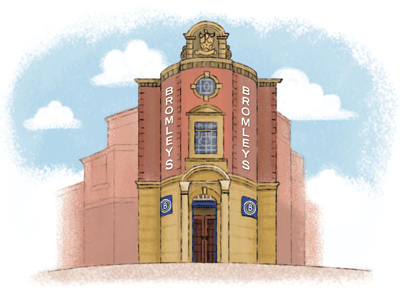 Experts at Bromleys gave advice on matters ranging from divorce and wills to bullying at work and redundancy during the first-ever legal surgeries to be aired by Tameside Radio.

They also responded to listeners’ queries on a host of topics.

The legal surgeries proved such a success that Bromleys plans to repeat the exercise later this year.

Family law solicitor Samantha, specialises in advising clients on matters such as divorce, financial settlements and children-related issues, was the first into the studio.

She dispelled the myth of the so-called ‘quickie divorce’, explaining to listeners that a settlement can take between four and six months even when both parties are co-operating.

Samantha also discussed how co-habitation is on the rise but that only married people have the status and protection of a husband or wife.

“There’s no such thing as a common law husband or wife,” she said.

She also discussed mediation, along with custody and contact issues relating to parents, children and grandparents in divorce cases.

Employment solicitor Rachael emphasised the need to consult a lawyer when it comes to settlement agreements with employers over redundancy or leaving a job.

She advised on legal options for tackling bullying or harassment in the workplace, other forms of discrimination, pay disputes and unfair dismissal.

Rachael urged listeners to seek legal advice at an early stage because there are time limits on bringing many types of claims.

Kate, who specialises in wills and probate matters, stressed the importance of making a will, as it brings peace of mind and means family members can be properly provided for.

She told listeners that writing a will can be a straightforward, simple process but is best left in the hands of a professional, as even basic errors in DIY wills can create major problems.

She discussed what happens to someone’s estate if they have no will, how to choose an executor, the implications of inheritance tax rules, and care home fees.

Other topics covered in Kate’s radio slot included wills that are contested, lasting powers of attorney and leaving part of one’s estate to charity.

Kate said: “I enjoyed the experience of being on Tameside Radio and the opportunity to answer listeners’ questions and give them advice.

“It was a privilege to speak to the people of Tameside in this way and to encourage them to consider their own circumstances and to make a will and plan for the future.”

Louise said: “Having experts on the show is a very important service we offer to our listeners.

“It gives them helpful information and dispels common myths.

“The legal surgeries were well-received by our listeners and were a great addition to the show.

“They helped people with important life decisions such as wills and divorce. The solicitors were friendly, knowledgeable and articulate.”

To listen to the interviews, please click on the audio links below.

To speak with the Bromleys team, please telephone 0161 330 6821 or email them direct with your queries.