Children’s social care is “hamstrung by under-investment and bureaucracy.” 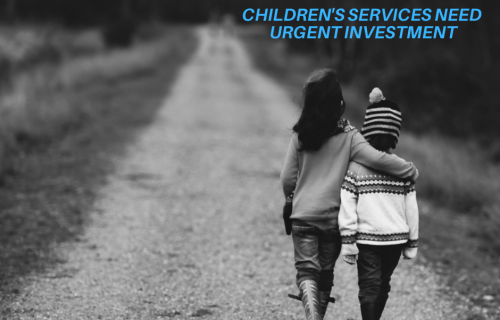 The suggestion that child protection services are too focused on investigating families rather than supporting and assisting them has been a recent topic of discussion in the news.

It’s been reported that inquires undertaken by local authorities as to whether or not a child is at risk of harm (also known as Section 47 inquiries) have reached an all-time high of 201,000 a year.  Furthermore, official figures from 2019/20 show more than 80,000 children were in the care of local authorities in England – a 24 per cent increase in 10 years.

Due to significant government cuts over recent years, there is a severe lack of funding for support services for struggling families.

With the ever-increasing cost of living, more and more families are finding themselves in need of additional support from publicly-funded services.

This has increased even further as a result of the pandemic. Mark Russell, the chief executive at the Children’s Society has commented that children’s social care is hamstrung by under-investment and bureaucracy.

The concern is that local authorities only intervene at crisis point and that, as a result of the lack of funding, there is no preventative support offered to families to try to avoid circumstances escalating to a point where care proceedings must be initiated. Furthermore, with such an increase in demand for support services and not enough resources, there are concerns that children across the country are being failed by the system.

A recent independent review of children’s services highlighted the urgent need for investment and reform. Following on from this, the government has announced a £16m increase in the budget allocated to children’s services to tackle the influx of youngsters subject to involvement from local authorities. It is hoped that, with this increased funding, support services will have more resources openly available to families who are most vulnerable and in need of early intervention. In turn, it is hoped that this will reduce the number of cases escalating to care proceedings.