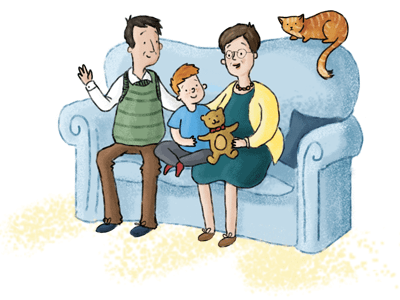 In a landmark childcare case, a couple have received the sum of £20,000 in damages after a judge ruled that Hackney Council unlawfully removed their 8 children and placed them into foster care.

John and Adenike Williams are the parents of the 8 children in question and have been married for 24 years. At the time the children were placed into foster care, their ages ranged from 8 months to 14 years. All children lived at home and up until the arrest of one of the children in 2007, there was no cause for concern over their welfare.

The child was arrested on the suspicion of shoplifting on 5th July 2007 and during the arrest, the child claimed that the bruise on his face was caused by his father who hit him with a belt. The police visited the family home and declared it was not in a fit state for the children to live in and alerted the council who in conjunction with the police made emergency arrangements for the children to be placed in foster homes for a period of 72 hours.

On 6th July 2007, the parents signed a section 20 Agreement which allows the authorities to keep the children away from their parents for longer than the initial 72 hours.

In total, the children spent 68 days being separated from their parents and siblings as they were not returned to the family home until 11 September 2007.

Deputy High Court Judge Sir Robert Francis QC said: ‘If ever there was a case illustrating the challenges that face children, parents, public authorities and the court when concerns are raised about the safety and welfare of the children it is this.’

Judge Francis also stated: ‘A swift consideration of the welfare issues concluded that if some simple improvements were made to their home, the children could return home. Yet it was two months before the children returned to their parents after experiencing a variety of foster placements, some of which were of dubious quality.’

The judge felt the distressed parents had signed the agreement under duress believing that they would never see their children again unless they signed. The judge also said there was no evidence to suggest the parents were told to seek legal advice before signing.

In summing up, the judge said ‘This was undoubtedly a close family presided over by loving parents. They were extremely distressed by the continued separation from their children and constantly voiced their anxieties in that regard to the defendants. They witnessed the adverse effects of foster care on more than one of their children, one of whom was a baby who was being breast fed. On the other hand, I must bear in mind that the initial separation was justified, and that an investigation of the type which occurred would have taken place in any event. This is not a case of permanent loss or bereavement, and the children were returned in the end.’

The couple were awarded the sum of £20,000 for breach of their Article 8 right to family life.

Bromleys’ childcare specialist Keith Platts said: ‘I echo the comments made by Judge Francis regarding the challenges faced by all those involved in care proceedings’ and added ‘this is a classic case of the misuse of section 20 Agreements.’

If you have experienced something similar to the above, please do not hesitate to contact a member of our Care Team who will be able to assist you.