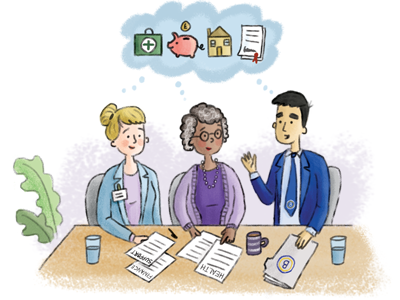 In 2014 the Supreme Court delivered a landmark judgement which applies in cases where a person who lacks mental capacity is being detained without being able to consent to or challenge that detention.

This may arise when someone who lacks mental capacity is moved to a care home appropriate to their needs, or to a hospital for their own safety and that of others.

The principle of the judgement may be best summarised as “a gilded cage is still a cage” and, as such, is still a form of detention.

Detentions in these circumstances must now be authorised by the Court of Protection – a specialist court that deals with a variety of issues affecting those who lack mental capacity.

There is a long history of civil liberties in this country, and the 1998 Human Rights Act enshrines the right to liberty and security.

Article 5 of the Act states:

This principle applies whether or not the person detained lacks mental capacity.

The problem here is that someone lacking mental capacity (so that they cannot represent themselves) may be unable to instruct another to represent their interests in court proceedings, or there may not be anyone to do so.

The landmark case of P v Cheshire West and Chester Council led to a marked increase in the number of these applications to be considered by the Court of Protection.

As a result, the question of how individuals’ rights could be best protected needed to be considered further.

This is particularly difficult where the individual in question has no close family or friends who are able or willing to represent their interests in court.

The recent judgement in Re JM and others sought to address this question. Mr Justice Charles, who delivered the judgement, rejected proposals put forward for the applicants (who included various local authorities and government departments) because they did not meet the minimum procedural requirements of Article 5 or the common law.

The judge invited government and the local authorities to ensure that people who lack mental capacity have appropriate representation when their liberty is being considered by the Court of Protection.

He suggested this might be achieved in several ways:

Clearly the main issue in these times of austerity is the question of who will pay.

Law Society president Jonathan Smithers, commenting on the judgment in Re JM and others, recognised that all public services were under considerable financial pressure to reduce spending “but those who are least able to defend themselves should not be sacrificed on the altar of austerity”.

The government is considering the judgment in detail. In the meantime, cases involving deprivation of liberty where the detained person lacks capacity and no representation is available or has been identified are effectively on hold.

Should you need expert legal advice regarding any Court of Protection matters please contact James Charnock on 0161 330 6821 or email jcharnock@bromleys.co.uk