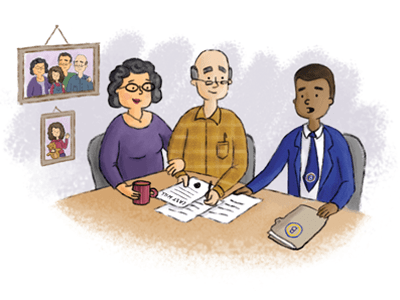 We reported in July 2015 about a court case in which a daughter who had been excluded from her late mother’s will in favour of three animal charities was awarded a £163,000 inheritance.

The charities affected under the will appealed, and the case has just been heard again in the Supreme Court.

This case has raised serious concerns about those involved in will-making, as it appeared to go against a person’s freedom to leave their estate to whoever they wish, as long as they are capable of making that choice.

Heather Ilot, of Hertfordshire, was awarded £163,000 after it was ruled that her mother hadn’t made “reasonable provision” for her in the will. However, the Supreme Court has now reversed that decision and awarded her £50,000

Heather challenged the will under the Inheritance (Provision for Family and Dependants) Act 1975 on the basis that the will hadn’t left her “reasonable provision”.

Heather had five children and was on benefits. Initially, she was awarded £50,000 by the courts. Heather then applied for a larger share of the money, but a High Court Judge reversed the decision to award it to her in the first place.

The Supreme Court has now decided that the original sum of £50,000 should stand and that this represented reasonable provision.

The ruling confirms that the Act should not be an instrument for disgruntled adult children to take action because they consider their parents’ wishes to be unfair.

Although you can disinherit your children, our experts say that you will need to make it crystal clear why you are doing this and state your connection to the beneficiaries of your estate.

Are your wishes going to be adhered to? Is it time to review your existing will?

Alternatively, you are welcome to attend our free legal surgeries. Please click here for timings and dates. No appointment is necessary.