Directors duty to avoid a conflict of interest – by Amie Carey 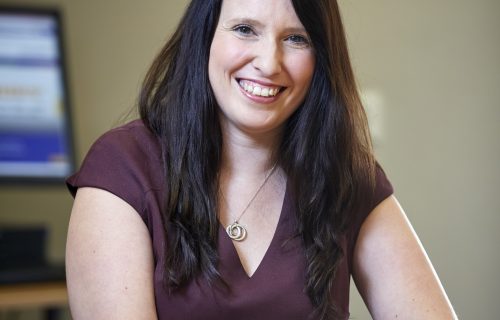 A director has a legal obligation under the Companies Act 2006 (CA) to avoid a conflict of interest. A conflict of interest is a situation in which a director’s personal interests are, or may be, at odds with duties owed by the director to his or her company. This can be either situational or transactional.  Not disclosing an interest is a serious offence and can result in criminal action, any liability for the breach of this duty lies personally with each director and not with the company.

If there is a potential conflict of interest for example if you as a director, or a “connected party”, (such as a family member), holds shares in a company with which the company that you are a director of does business or may do business with in the future, it could be seen as an transaction conflict of interest. If this arises, then the director should declare the nature of their interest which can be made at a board meeting, the board can then record the interest by way of board minutes and make a decision as to whether they accept this conflict. Where there is a transactional conflict this must be declared before the transaction is entered into.

Before the CA, the scope of when a director holds this duty was limited to the period in which the person holds the office as a director as indicated in case law from 2007, which held that the conduct of a person after leaving office could not by itself have amounted to a breach of duty. However, s107(2)(a) of the Companies Act provides that the section 175 duty continues, after a person ceases to be a director in certain circumstances, specifically, as regards the exploitation of any property, information or opportunity of which the person became aware when in office, imposes a duty of a continuing nature, with the necessary implication that a claim for breach may be founded on acts taking place after a person has ceased to hold office.

A recent case Burnell v Trans-Tag Ltd [2021] considered the point as to whether a former de facto director, ( a person who has not been validly appointed as a director but who acts as a director and holds themselves out to others as a director),  had breached the duty to avoid a conflict of interest even though all the relevant acts on his part had occurred after he ceased to be a director. The court held that the actions of the director after he ceased to hold office at that company had put him in a position where his personal interests conflicted with the interests of the company as regards the exploitation of property of which he had been aware of whilst he was a director. This placed him in breach of the extended duty imposed by section 170(2)(a).

The decision made in this case enforces the continuing duty concept as per the CA, that as a director even though you take all steps to ensure that there is no conflict of interest whilst you are in office you will also need to be aware of your actions and activities once you are no longer a director of a company in the event, it is deemed that your personal interests conflict with the company where you held office, especially if you are aware of the situation whist you held office, in particular to the exploitation of any property, information or opportunity.

Here at Bromleys we are able to assist with any Company matters that you require assistance to include the duties of directors during or after an appointment.

It is impossible to provide definitive timescales, however where we have made an application on your behalf we will monitor progress and keep you updated. In circumstances where it is appropriate to request an expedite on your behalf, we will do so and keep you informed of progress.

If you need further information on the above, call our experts 0161 330 6821 or email our new enquiries team at newcorporate&commercialenquiries@bromleys.co.uk for your free initial telephone discussion. If you prefer, you can fill in our online form or alternatively, you can email us on bromleys@bromleys.co.uk and we’ll call you back.