Landmark ruling shows there are no ‘guarantees’ when making a will 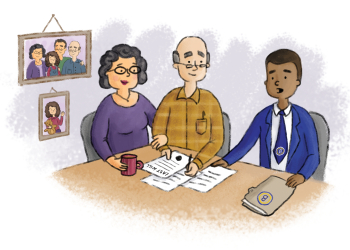 The Court of Appeal has awarded £164,000 inheritance to a woman who had been excluded from her mother’s will.

Heather llot of Hertfordshire was awarded the sum after it was ruled that her mother hadn’t left “reasonable provision” for her in the will.

Melita Jackson died at the age of 70 in 2004 made her will in 2002 leaving her £486,000 estate to various animal charities, with which she had very little connection.

Mrs Jackson also left a letter with her will stating that her daughter was not to inherit from her will after she eloped at the age of 17 with her boyfriend (now husband) in 1978.

In 2007, Mrs llot challenged the will under the Inheritance (Provision for Family and Dependants) Act 1975 and was awarded the sum of £50,000. Mrs llot then applied for a larger share of the money but a High Court Judge reversed the decision to award it to her in the first instance.

Four years after the initial ruling, the Court of Appeal ruled that Mrs llott is entitled to a share of the money and in July 2015 is awarded the sum of £164,000.

The Court of Appeal Lady Justice Arden stated that Mrs llott’s mother had been “unreasonable, capricious and harsh” and that Mrs llott should receive a third of the estate.

Although you can still disinherit your children, our experts say that you will need to make it crystal clear as to why and what connects you to those you leave money to.

Are your wishes going to be adhered to? Is it time to review your existing will?

Contact our expert Susanne Furness on sfurness@bromleys.co.uk or telephone 0161 330 6821 for further information.