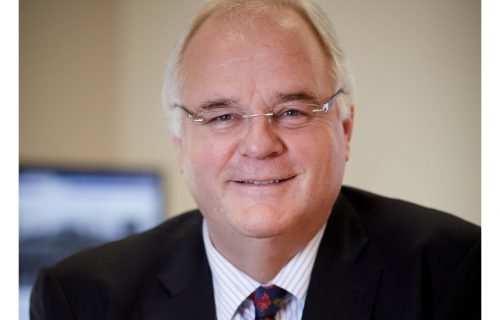 If you were in lockdown in the future what book, film, album and person would take with you, and why?

Book: Is That It? by Bob Geldof. Perhaps a strange choice, on the basis that I was never a great fan of the Boomtown Rats.

However, his chapters about organising Band Aid, then Live Aid, the vision of what he wanted to achieve, his drive and determination to make sure that both ventures were successful, his ability to surmount the obstacles in his way, his single-minded pursuit of the result and the way in which he was able to take people with him were and are inspirational. These are qualities and skills applicable in all walks of life.

Film: Harry Potter and the Deathly Hallows – Part 2, which brings back memories of watching it with my daughter. We saw it at the cinema on the night it was released and, at the crucial moment, the whole cinema spontaneously cheered and gave Neville Longbottom a standing ovation! If no-one was looking, I’d sneak the entire Harry Potter DVD collection with me!

Album: This was a toss-up between Selling England by the Pound by Genesis, and Pink Floyd’s Pulse. The latter won for sheer variety – fantastic melodies, lyrics and musicianship – as well as the best guitarist in David Gilmour.

Person: My daughter wants me to take Stormzy so he can teach me to rap!

However, I would go for the ‘dad’ option of Winston Churchill, whom I studied at school and whose life has always fascinated me.