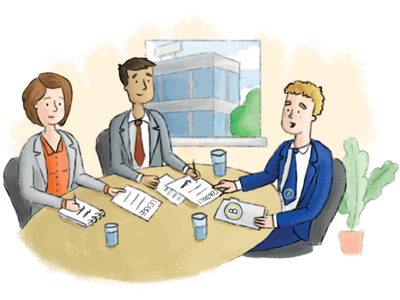 The Supreme Court has handed down a potentially far reaching decision for landlords.

The case concerned office space that M&S rented in London. In 2011, M&S exercised a break in the lease, ending the lease in January 2012. The rent fell due on the quarter day, 25 December 2011 for the quarter in advance. Having paid the rent, the lease came to an end, and M&S sought a refund of the rent after the lease had terminated. The amount in dispute was £1.1m.

M&S argued that there should be an implied term in the lease to say that such a rent was recoverable after a break clause had been exercised. The High Court agreed with M&S. The Court of Appeal and then subsequently the Supreme Court disagreed.

The Supreme Court stated that neither the common law nor statute apportioned rent was payable in advance on a time basis. It will be wrong, therefore, to attribute to a landlord and tenant an intention that the tenant should receive back an apportioned part of the rent payable and paid in advance.

If the circumstances were to arise, an express provision would need to be included within the lease. The courts will be very slow to imply such a clause.

Mark Hirst, the Commercial Litigator at Bromleys, believes that this decision could have a much wider application. “There is no reason why this decision should just be restricted to landlord and tenant arrangements. The terms can apply also to commercial contracts as well as leases, and again shows that the courts prefer to see terms set out expressly in agreements, rather than having to rely upon implied terms to give business ethicacy to an agreement”.

If you require any further information on this please do not hesitate to contact any of our experts and in particular in the first instance:-