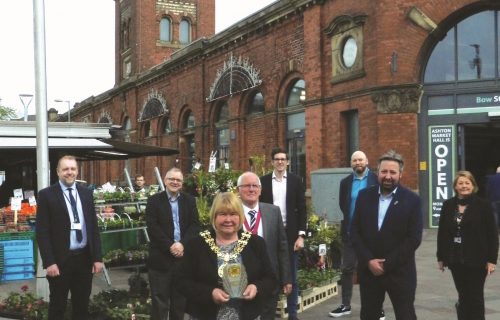 Entries are now open for a business awards scheme that will honour a town’s independent retailers.

With non-essential stores now open again, the awards will put retailers in the centre of Ashton-under-Lyne in the spotlight as they strive to attract shoppers back to the area.

The Ashton Independent Business Awards are in their second year and we are thrilled to be the sponsor once again.

The awards are run by the Ashton Town Team, which supports small businesses in the town centre.

Shoppers and businesses are invited to submit nominations via a dedicated website, www.ashtonsmallbiz.co.uk. The closing date for entries is Tuesday, June 22 and the winners will be announced on July 4 – which has been dubbed Independents Day.

Bromleys partner Paul Westwell said: “We are delighted to sponsor the awards once again this year after their hugely successful launch in 2020.

“Independent retail has faced unprecedented challenges during the pandemic, and supporting small businesses is more important than ever.”

Councillor Bill Fairfoull, deputy chair of Ashton Town Team, said: “We are really pleased to announce we are running the Ashton Independent Business Awards again. We know it’s been a difficult time but let’s hope we can have a better one.

“I hope the public will get involved and vote for their favourite independent businesses in Ashton town centre.”