The Anthony Seddon fund is Bromleys’ charity of the year 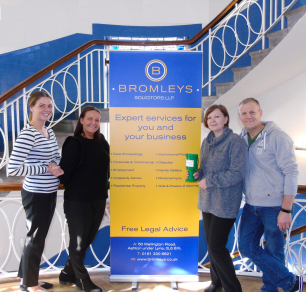 Bromleys has chosen The Anthony Seddon Fund, which supports people with mental health problems, as its charity of the year for 2017.

Anthony, who lived in Ashton-under-Lyne, took his own life in 2013 at the age of 30 after a 12-year battle with bipolar disorder.

His family set up the charity in his memory to raise money to improve the quality of life of people with mental illness and their relatives, friends and carers.

It also campaigns to increase awareness about the issue among the public, in particular young people.

The charity has a shop on Market Street in Ashton and recently opened a well-being drop-in centre on Stamford Street in the town for events, advice sessions and information.

“We have visited the drop-in centre, met the team and seen how the charity operates. We’ve been really impressed and look forward to supporting the organisation during 2017.”

Anthony’s mum Donna Thomas said: “We’re thrilled that Bromleys has chosen us to be its charity of the year. Every penny raised will go directly to providing support in the community for local people who experience mental health issues.

Meanwhile Bromleys’ senior partner Mark Hirst has handed over a cheque for £1,103.25 to the Royal Manchester Children’s Hospital, which was the firm’s charity of the year in 2016.

Staff raised the money through events including a Mexican Food day, dress-down Fridays, an Olympics-themed networking event and a Christmas jumper day.

Mark said: “We are passionate about giving back to the community and our charity committee is always coming up with new ways to raise funds. The enthusiasm of our staff to get involved is great to see.”