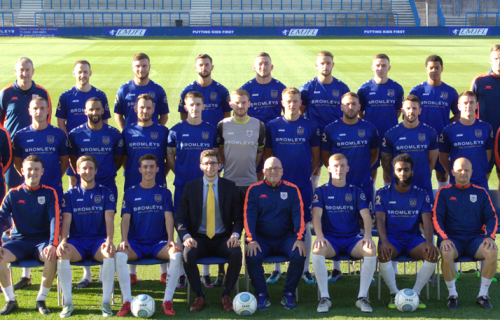 Bromleys Solicitors has renewed and increased its sponsorship of Curzon Ashton FC for the 2018/19 season.

This agreement remains in force for the new campaign and Bromleys is also among the sponsors now backing the club’s new 3G training pitch, which is used by the first team and for a host of community initiatives.

The club runs more than 40 teams in total, from age five upwards. They include ones for girls and women, service veterans and mental health service users.

Bromleys partner Paul Westwell said: “We are pleased to renew and enhance our sponsorship agreement with Curzon Ashton for the forthcoming season.

“Our firm has a long-standing record of supporting local organisations and we admire the great work which Curzon Ashton is doing in the community.

“We had no hesitation in continuing our partnership with the club and increasing our sponsorship to help support its extensive programme of community initiatives.”

Andy Cheshire, Curzon Ashton’s community development and partnerships manager, said: “We are extremely grateful for the continued support from Bromleys.

“We are a community-focused club and rely on local support to allow us to continue and expand on the successes we have seen over the last 12 months.”