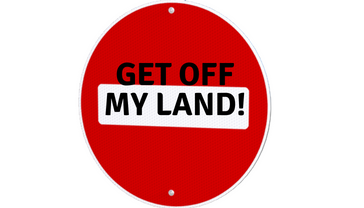 The recent case of Lea v Ward has served to show that the court will attempt to take a practical view when awarding damages where a third party’s rights have been obstructed but this will nevertheless cause a delay for the homeowner looking to extend their property or a developer looking to develop a site.

In Lea v Ward the developer, Mr Ward, wanted to build six residential properties on part of his land but his neighbour, Mr Lea, had a right of way over a section of this land. Mr Ward attempted to negotiate with Mr Lea in order to agree an alternative access route across his land in exchange for surrendering the existing right. The negotiations broke down but Mr Ward started work on his development.

As part of the development works, Mr Ward was required to erect temporary safety fencing to protect the public and this caused a temporary obstruction to Mr Lea’s right of way. This fencing was in place between April 2015 and September 2015 but Mr Lea only noticed that his right of way had been obstructed after 3 months.

Mr Ward then subsequently erected gateposts across the access in November 2015 and at this point Mr Lea started a claim seeking an injunction against the development on the basis that the development obstructed his right of way.

Both Mr Ward and Mr Lea agreed that Mr Lea’s right of way had been obstructed for a temporary period of time when the safety fencing had been erected. The court held that as Mr Ward had made provision for an alternative route and the fact that Mr Lea had not noticed that his right of way had been obstructed for 3 months, Mr Lea was entitled to damages of only £5.

In relation to the gate posts, Mr Lea’s argument was that he had a right of way stretching across 5 metres wide of Mr Ward’s land but that Mr Ward had narrowed the access to 2.25 metres wide in some places and therefore this constituted a permanent interference with his rights. The court held, after much consideration of this issue, that Mr Lea’s right of way was in fact 4 metres wide and ordered that Mr Ward alter the gate posts to widen the access and pay Mr Lea £500 for the obstruction of his rights.

In the circumstances the court’s ruling seems to be practical and fair. However, whilst the damages seem trivial the costs incurred by Mr Ward in defending the action brought by Mr Lea will no doubt have run into several thousand if not tens of thousands of pounds. Furthermore, Mr Ward was unable to begin work on his development for some 16 months whilst the court proceedings were settled.

If Mr Ward had given further consideration to Mr Lea’s third party rights and obtained legal advice prior to erecting the safety fencing and erecting the gateposts then he could have saved considerable costs in legal fees and he should have been able to commence his development as planned.

How We Can Help

At Bromleys, we can provide timely expert legal advice on third party rights affecting or benefitting your land prior to such an issue escalating further. Should you need advice relating to third party rights or indeed any other property law matters, please contact Paul Westwell at pwestwell@bromleys.co.uk or Martin Blaylock at mblaylock@bromleys.co.uk or by telephone on 0161 330 6821.

Alternatively, you are welcome to attend any of our free legal surgeries – no appointment necessary.