Battle of the Property Portals – is it the demise of Zoopla? 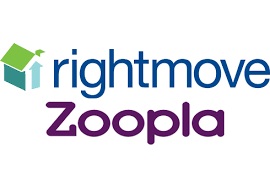 The Competition Appeal Tribunal has ruled in favour of OnTheMarket (OMT) in a dispute with online rivals.

OMT, which is owned by a consortium of estate agents, requires agents who want to promote properties on its site to choose between advertising on Rightmove or Zoopla, but not both. This is the “one other portal” rule.

As it signed up members, OTM’s “one other portal” rule led to a fall in the number of agents advertising with Zoopla. However, Rightmove, the more established website, did not see a similar fall.

The one other portal rule was contested by estate agent Gascoigne Halman, which joined OTM but was later sued for breach of contract. Gascoigne Halman took its case to the Competition Appeal Tribunal, arguing that the rule was anti-competitive.

The Tribunal has now ruled in OTM’s favour, with the judgement concluding that its “one other portal” rule is allowed within competition law.

In fact, the tribunal judgement implied that OTM could not possibly have successfully entered the UK property portals market without the “one other portal” rule.

It also suggests that the rule adopted by OTM could even have gone further, as it stated that considering the difficulties facing a new entrant to the UK’s portal market, it “would not have been unreasonable” for OTM to require “complete exclusivity from its estate agent members”.

The Tribunal went on to say that the implementation of the “one other portal” rule was an essential part of OnTheMarket’s entry strategy and central to its chances of success. Without the rule, there would have been no entry.

Laying out their conclusions in a legal judgment, the panel said the rule was ‘objectively necessary’ and ‘pro-competitive’ because it increased competition between Rightmove and Zoopla to become the remaining portal choice for estate agent customers.

In light of the Tribunal, sellers must consider OTM’s “one other portal” rule before signing up with them.

Also, it remains to be seen whether the Tribunal ruling will continue to have a negative impact on Zoopla.

Should you need expert legal advice regarding any of the above or indeed any other property law matters, please contact Paul Westwell at pwestwell@bromleys.co.uk Rubina Begum at rbegum@bromleys.co.uk or Martin Blaylock at  mblaylock@bromleys.co.uk telephone 0161 330 6821.

Alternatively, you are welcome to attend any of our free legal surgeries. – No appointment necessary.