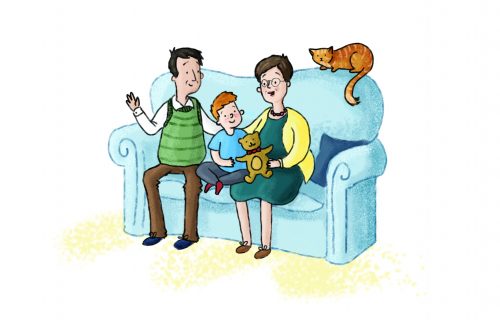 In cases where a local authority is involved with a family over parenting issues, the Public Law Outline (PLO) process represents the last opportunity for parents to engage with the authority to tackle the concerns raised before court proceedings are issued.

If parents fail to work with the local authority to address the concerns raised, there is a risk of court proceedings being issued and the matter being placed before magistrates or a judge.

Parents with children who are subject to the process will receive a PLO letter detailing the concerns, along with details of the first PLO meeting.

They are entitled to legal aid under the legal help scheme. Parents are advised to each get legal representation for the PLO process. Even those presenting as a couple should instruct separate solicitors, as positions can change over time and conflicts of interest may arise.

Parents often don’t agree with everything contained within the PLO letter. The meeting is an opportunity for them to respond to the concerns raised and explain their position.

Usually, there are a number of people present, including the parents and their legal representatives, a social worker and the social worker’s practice manager. Minutes of the meeting are always taken and parents are entitled to these when they become available.

Once the social worker has gone through the concerns and the parents have had an opportunity to provide their comments, an action plan is formulated.

As part of the PLO process the local authority often carries out a number of assessments. One of these is known as a parenting assessment and requires parents to have a number of sessions with the social worker. The parenting assessment will include the social worker’s recommendations for the proposed way forward. This may be a recommendation for an extended period of PLO to evidence that positive change can be sustained, a recommendation to de-escalate the process to a lower level of local authority involvement if progress is sufficient, or the issuing of court proceedings if the social worker does not feel the concerns have been sufficiently addressed. It is important that parents engage with the process, as non-engagement may result in a negative assessment.

The local authority also asks parents whether they have any friends or family members they wish to put forward to be assessed as alternate carers. These assessments are carried out alongside the parenting assessments. This is known as twin-track planning, and it is something that local authorities do to try and ensure that there is an assessed family placement available should the placement with the parents not be considered suitable.

The PLO process can go on for several months or longer, depending on the severity of the concerns and the timescales for the assessments and other actions. It can be quite a daunting process for parents, as there is often lot of information shared within the meetings and there may be things that parents do not agree with or wish to challenge. It is therefore important that parents have legal representation to assist them with the process.

At Bromleys we have the expertise and knowledge to assist you with all manner of child protection matters. Call our dedicated Care Proceedings and Children Services helpline 0161 694 4149 or email our team at newcareenquiries@bromleys.co.uk.